Crossroads at the Paris Fringe Festival

On a beautiful Paris evening in May, the Paris Fringe international theatre festival kicked off with an opening ceremony to showcase the performances at this year’s event. An interview by Madeleine Kirchhoff with Paris-based musical theatre writer, performer and artistic director Miranda Crispin.


Madeleine Kirchhoff: You’re the artistic director of American Musical Theatre Live in Paris which has created a bilingual musical selected for the 2017 Paris Fringe. I had the opportunity to see a snippet of the musical at the opening night of Paris Fringe. Tell us a about how the show was developed.

Miranda Crispin: Crossroads was originally conceived by four members of American Musical Theatre Live Paris (Marion Préïté, Devon Graves, Andrea Offner, and me), a musical theatre group of American and French artists who shared their cultures, languages, and stories to create this new, bilingual (French-English) musical.
The show was commissioned in 2016 for a private performance at the Manoir de Bonaventure, the childhood home of Alfred de Musset (whose poetry inspired the piece). This Paris Fringe performance, with direction by AMT Live member Adam Alexander, is the first time the show performs on a Parisian stage.

MK: What’s the show about, and who are the performers?

MC: The story takes place in present day in an airport where we meet a young bride-to-be who has fled her wedding. She encounters three women who help her make the biggest decision of her life - for better or for worse. Each woman shares insight from her own experience, in conversation and songs which blur the boundaries between French and English.
The story is punctuated by new and existing repertoire, accompanied by the artists on piano and guitar. From classical Golden Age tunes to contemporary musical theatre, the score includes jazz, blues, and country songs, and interpolates original compositions written for this show.
In this show, I perform alongside three members of the AMT Live company: American singer/songwriter Andrea Offner (USA), who also serves as President of the association, French performer and playwright Marion Préïté (who wrote the book for this musical), and the newest member of the troupe, performer Lotte Lauren (Belgium). Original songs by Andrea Offner and Devon Graves are featured in the show.

MK: What’s the musical theatre scene like in Paris?

MC: Paris is an exciting place to be creating musical theatre right now. There is both a reverence for the tradition of the genre, and a curiosity for new works. The artistry and audience for musical theatre in Paris continue to grow, and it’s fascinating to see the fusion of this American genre and a French sensibility.
We wrote this bilingual musical to serve an ever-increasing bilingual community, and to create a bridge between anglophone and francophone theatregoers.
The company is thrilled to have been selected to present Crossroads as part of the international line up at the Paris Fringe. The festival, which takes place May 18-28, 2017, showcases both international work and France-based theatre companies with a focus on innovative approaches to theatre and an emphasis on contemporary themes in English.

MK: What else do you have in the works?

MC: With AMT Live, we are working on season plans for 2018-19 to include production of a professional musical, another session of integrated musical theatre classes, and will continue to produce Broadway cabaret themed concerts as a part of our Broadway Chez Nous Series, including a new concert dedicated to the works of Cole Porter. Last weekend, I performed alongside AMT company members in a Broadway concert to support the Paris non-profit arts organization Les Arts George V. I’m currently working as a vocal coach for the Disneyland Paris musical Mickey et le Magicien and have been collaborating with Paris Fringe founder Dom Douglas (as vocal coach) on a reading of his new musical, Le Chanteur Anglais. In June, I’ll join the Company L’elixir enchanté in the cast of La Vie Parisienne...ou Presque!, a comic reinterpretation of the Offenbach operetta, directed by Philippe d’Avilla.

About
Madeleine Kirchhoff is a sociology student at the University of Minnesota-Twin Cities with interests in education and culture. She is spending the summer in Europe.
Miranda Crispin is an actor, director, singer, teacher and language enthusiast. With a Masters degree in Music Theatre/Opera Performance from Arizona State University, and a B.F.A. from Illinois Wesleyan University, she studied French language at the Sorbonne and has served as an American Ambassadorial Scholar to France. She is the co-founder and Artistic Director of American Musical Theatre Live Paris.

Posted by Best Paris Stories at 3:13 AM No comments:

New to Paris? Bloom Where You Are Planted 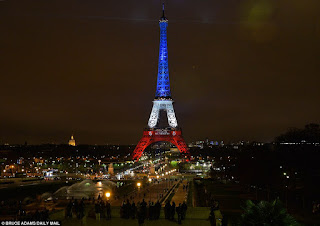 Paris is glorious. But daunting.
Especially for trailing spouses who must find a way to integrate in their new home, often without the benefit of working papers.
Bloom Where You Are Planted has been helping new arrivals to get situated and meet friends for years.
If you are new to Paris, or just looking to update your network, Bloom is holding its annual Fall event Saturday, 8 October, 2016. 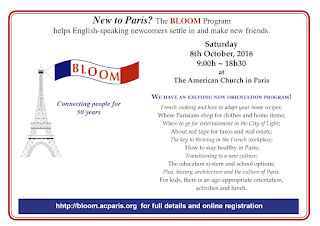 Highly Recommended.
Posted by Best Paris Stories at 3:13 AM No comments:

Saddened to Announce Death of Honor and Courage Among Writers

In another grievous blow to the tradition of freedom of expression in 21st century Western Democracies, we are saddened to announce the death of honor in former writers Peter Carey, Michael Ondaatje, Francine Prose, Teju Cole, Rachel Kushner and Taiye Selasi.

In "declining to attend" the PEN gala honoring slain French journalists at Charlie Hébdo, the snubbing writers join fashionable Garry Trudeau and Vice Chancellor Patrick Johnston of Queens University in supporting censorship by Islamists in the name of "free speech but only in so far as it doesn't offend anyone".

It is to be noted in the wake of the massacre of Charlie Hébdo writers and cartoonists in Paris that the expression "the pen is mightier than the sword" is a metaphor, not a military fact.

As a result, numerous writers, bloggers, cartoonists, journalists, free thinkers, secularists, and "apostates"  have been shot, decapitated, hacked to death, imprisoned or sentenced to death for a difference of opinion, a joke, a heretical belief or some other thought crime by people with guns and swords and explosive belts, and clubs, most of whom, ironically, have never read the writers they are murdering.

Burial will take place in the press and on social media.

The cause of death is not know, though cowardice or a dangerous addiction to fashion have been named as suspects. 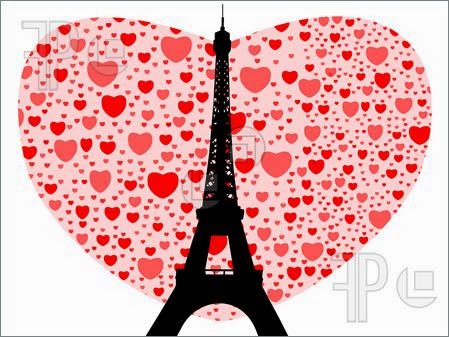 FUSAC is featuring six great books - including Best Paris Stories - in their Valentine's Day selection! You can check them out here: http://www.fusac.fr/gifts-ideas-valentines-day/

In a new language, you can be a new person, says polyglot French author 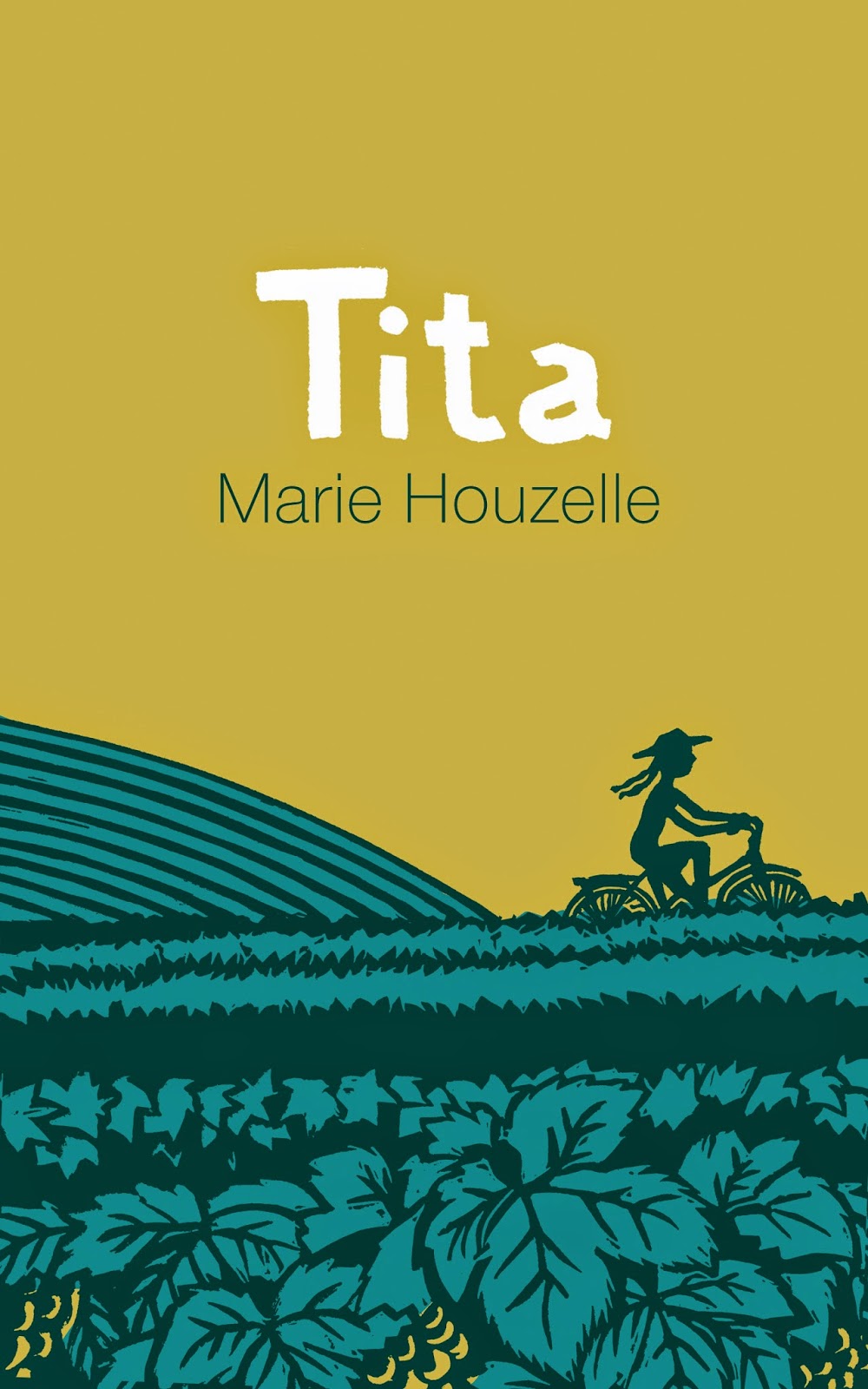 Polyglot French author, Marie Houzelle, talks about the joys of writing in foreign languages, music, the voice of childhood, and the feast for senses that is Catholic ritual.

Interview by Janet Skeslien Charles, author of the award-winning Moonlight in Odessa.

Marie Houzelle's acclaimed debut novel Tita  tells the story of a precocious seven-year-old schoolgirl struggling to find her way amid the traditions of southern France in the 1950s.
Tita will be released September 15 in paperback and December 15 in ebook.

When did you begin writing fiction?

Like Tita, as a child I used to write musical plays for my friends. In my teens, nothing but political songs and leaflets. My first narrative fiction was destined for my younger daughter, Mathilde, who liked comic strips (and the bedtime stories I improvised) but refused to read actual books. She was pretty critical of my efforts. So was I.
I kept scribbling, especially in public transport, about what was going on around me. Usually not in French, because people tend to glance at your notebook.
Ten years ago, I was in Alice Notley’s magnificent weekly workshop, trying to write non-fiction stories; I was so obsessed with truth I ended up with nothing but questions, for which I couldn’t find the right shape. Unwillingly, as a last resort, I defected to fiction. What a relief!

Why do you write in English?

I’m not sure why I write in English. Or why I mostly sing in German and Latin. Last week, I felt like writing in Dutch, I had such a good time trying to pronounce it. French? I’m not fond of the word écrivain, not to mention écrivaine. While I feel quite comfortable with writer.

I teach creative writing to French university students. What advice do you have for them concerning writing in English?

Feel free. In a new language, you can be a new person. Don’t try to write either correctly or “like a native speaker”. English is a welcoming language. Many countries, no Academy. Enjoy it.

Marie Houzelle grew up in the south of France. Her work has appeared in the collection Best Paris Stories, in Narrative Magazine, Pharos, Orbis, Serre-Feuilles, Van Gogh's Ear, and in the chapbook No Sex Last Noon. "Hortense on Tuesday Night" was chosen by Narrative Magazine as one of the five top stories of 2011. Marie Houzelle was the only author to have two stories selected for inclusion in Best Paris Stories.

Tita will be published on September 15, 2015 in paperback. Available in Paris at Shakespeare and Company bookstore. Available worldwide on Amazon and in your local bookstore.

For more information on Tita and Marie Houzelle.

Publishers Weekly
Out and About in Paris
Interview with Author Marie Houzelle.
New York Journal of Books

I'm Not Sure Why I Write in English, says polyglot French author

Add blog to our directory.